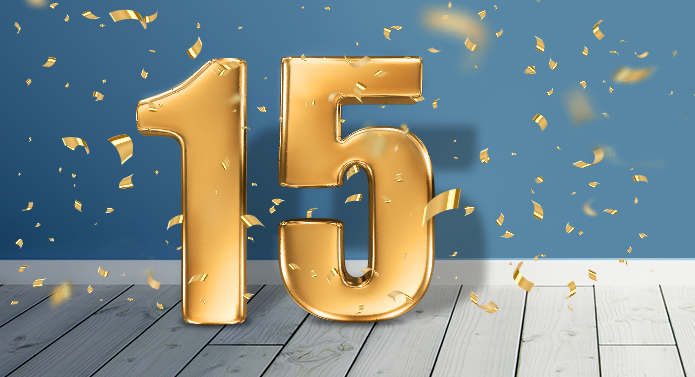 Usually, Walter Meyer, the founder of Onlineprinters, is no longer available for interviews. But he made an exception for our magazine to mark the 15th anniversary of Onlineprinters. He talks about how he built the company step by step to become one of Europe’s top 3 online print shops that delivers its products to more than a million customers, generating EUR 200 million worth of revenue.

More than a year ago, Walter Meyer stepped down from the day-to-day operations. As a shareholder of the Onlineprinters group, he is now on the advisory board, providing input on the strategic course of the e-commerce business. He recently vacated his personal office in the old administrative building of the company. He took the step because space is still scarce despite moving to the new, modern headquarters last year as Onlineprinters continues to grow.

Successful with e-commerce in an industry under pressure

On his way to the interview on the afternoon of Friday, 26 April 2019, he stops by his former office as he heads to the meeting room. The door is closed, so he knocks before entering and is surprised to find that: “Nothing has changed. This was my office for 25 years,” with a hint of wistfulness.

Back to school after vocational training

The history of Onlineprinters begins here in the office section of “Werk 1” (factory 1). In 2004, he launched a web shop for the German market under the domain www.diedruckerei.de, strictly separate from his father’s business, as Walter Meyer emphasises. For this purpose, he established a separate company for which his father, Erwin Meyer, provided rooms and some startup capital.

“Werk 1” of Onlineprinters was originally built by Erwin Meyer in 1992 for the “Druckerei und Verlag E. Meyer GmbH” print shop after the company had outgrown the rooms in the city centre of Neustadt an der Aisch. Already in 1984, Erwin Meyer, a skilled typesetter, had established a print company there and Walter Meyer had been involved in the business already as a teenager. He operated the machines in the print shop while still at school.

After graduating from secondary school, it was therefore obvious for him to take up a print-related apprenticeship. He decided to become an offset printer even though the commercial aspects were more up his alley. But his older brother already covered this field of business. “Also,” he laughs, “my grades were just too bad back then.” Walter Meyer completed his apprenticeship in a Nuremberg-based print company which produced larger print jobs for his father’s business. When he chose to shorten his apprenticeship, his boss laconically remarked in his graduation certificate that he did so in order to attend to “more important duties”. In fact, Walter Meyer wanted to return to school to study for his university entrance qualification.

But after only three months, it became clear that things were not going as planned: Because Walter had to work in the print shop after school, he did not have enough time for study. At the time, there were plans to acquire another print shop, the company where Walter Meyer had done his apprenticeship, but this came to nothing. Another attempt to earn his university entrance qualification also failed for lack of time because Druckerei und Verlag E. Meyer GmbH was established. This was in 1991. Walter Meyer also became the managing director at this time.

The construction work at the site of today’s “Werk 1” begins. Buying the land, building the factory and purchasing printing machinery meant a huge investment for the entrepreneurial family. So the priority now was to fully utilize the machines. It was the job of the two Meyer brothers to secure orders together with a sales representative. When his brother dies in a car accident in 1994, Walter Meyer has to carry an even greater burden. “I often woke up at night drenched in sweat,” Walter Meyer remembers. In 2000, the print shop already employed a staff of 40. Losing one of the big customers would have threatened the existence of the print shop.

In order to fully utilize the machines, the company not only prints advertising and marketing material but also sells machine capacity by the hour. Especially the contract printing department gradually became a losing business. “One of the customers first cut the hourly rates by half and then asked that we pay for the ink as well,” Walter Meyer recalls and his anger is still noticeable years later. Another challenge was to utilize the machines while not overloading them. “Sometimes other customer jobs had to wait,” says Walter Meyer, who already had reason to worry about his company’s development at the time. The digital transformation had begun to put the printing industry under pressure. A lot of print shops were forced to close, a trend which continues to date although sales revenues have stayed more or less the same.

One of the customers that also purchased print volume from Onlineprinters was already using gang run printing, which involved collecting multiple print jobs on a plate to be printed together. Not only did this technique save time, but it also enabled the production costs to be reduced dramatically. The method worked and Walter Meyer has the idea to use the internet as a sales channel. He commissions an internet agency to set up a web shop and soon starts to sell printed material over the internet. Soon after, the first employees were hired to take care of the online business. Their job was to develop a workflow and automate the processes. Walter Meyer focused on pricing and adding more products to the shop.

While many other print shops regarded the internet as the enemy because marketing budgets shifted from print to online marketing, it became the best friend of Walter Meyer and his medium-sized print business. The web shop generated new orders around the clock, even on weekends. But also an internet business needs advertising to flourish. Web search engines already existed but they were not as relevant for marketing as they are today. So it seemed a good idea to launch a print mailing campaign to reach potential customers. The breakthrough came with a postcard sent to 5,000 recipients, triggering the first major wave of orders in the web shop. The low price made possible by efficient gang run printing was the key selling point at the time. For the first time, this technique enabled offering short print runs at affordable prices.

In the early days of web shops, the systems were not as comfortable and user-friendly as they are today. In the beginning, the invoices had to be written by hand each evening, for example. Direct invoicing through the software of the web shop was introduced only later. Unlike conventional printing business, online printing has no payment target, rather customers have to pay first to trigger production.

Initially, the web shop carried only standard print material until brochures were added to the product line in 2005. Then as now, brochures generate a large portion of the revenues. Even today, Walter Meyer is excited when remembering the successful introduction of brochures: “Back then, it was a big deal when a sales agent returned with a brochure job! But all of a sudden we were in a position to market this key product through the internet as well,” he says.

The company grew with each development step and soon orders from abroad began flowing in. This, however, required the brand to be adapted since the German shop name “diedruckerei.de” did not work internationally. Therefore, the brand is known as Onlineprinters to customers abroad to the present day. The launch of the English-language web shop in 2009 and other country shops for France and Spain in 2011 mark further milestones in the history of the company. The internationalisation with national shops continues to gather momentum, opening up additional customer potential. Today, the Onlineprinters group generates 75 % of its revenues through shops abroad.

“Here is where Europe prints”, this was the slogan featuring in the header of the website at the time. In fact, customers from different European countries ordered printed material at diedruckerei.de almost from the start and later through the English web shop with a .com domain. Walter Meyer soon focused on the internationalisation to be able to fully utilize the machines also during holidays and to be able to defy economic crises that might occur in single countries. From 2010, more country shops were launched. Doing business with customers from other countries has its pitfalls for companies, Onlineprinters included.

But initially, the focus is on building the German brand diedruckerei.de. In 2008, the company discovers sports advertising more by accident than design. Walter Meyer invests in perimeter advertising during a UEFA Cup match and is enthusiastic about the wide impact this creates. “The next day, several people told me that they had seen our ads on TV. At the time, perimeter advertising was different from today where it is rather complex.” A similar marketing opportunity for a boxing fight pops up soon after. When he is offered a good deal to advertise during a Klitschko fight, he seizes the chance and is successful again.

Awards such as the 2011 European Business Award draw the attention of international private equity companies and media groups to the German enterprise. “The media groups wanted to acquire 100 % of the company which I turned down because I wanted to continue to have a say,” says Walter Meyer. Moreover, they offered working capital, something which the company did not need. “We were in the comfortable position of having sufficient liquidity most of the time since our customers paid in advance.” But he nevertheless held talks with all interested parties. In 2013, a US investor finally gets the deal after prolonged negotiations. Together, more country shops are launched and new structures established, causing the company to grow further. In 2014, Michael Fries joins the company as second managing director, providing valuable management expertise and industry experience.

A group of companies after 15 years

In 2016, a new majority shareholder contributes “patient capital” and another “operative” investor gets on board. Walter Meyer uses these changes to step back from the company’s day-to-day operations but continues as a shareholder and supports the company on its way to becoming a group of companies. At the same time, Onlineprinters acquires the UK print shop Solopress and the Scandinavian market leader LaserTryk in short succession. Both companies have been successfully integrated by now and celebrate anniversaries this year just like Onlineprinters: LaserTryk turns 20 and Solopress celebrates its 15th anniversary. Today, the Onlineprinters group is run by the management trio comprised of CEO Michael Fries, CFO Dirk A. Müller and CCO Christian Würst.

From shop to platform

Walter Meyer has succeeded in making a production-based business fit for the future by adopting an e-commerce business model and shaping the online printing industry in the process. Today, Onlineprinters is one of the top 3 online print companies in Europe, runs multiple country shops and sells its products to more than a million customers in 30 countries. The Onlineprinters group has 1,500 employees which produce up to 10,000 print jobs each day. Currently, the company is transforming its online business into an e-commerce platform which offers customers a varied mix of products from standard printed matter to promotional items, garments and other textiles.

Tips for start-ups and self-employed

“Above all, keep tabs on the costs at all times and avoid getting overindebted at all costs. If things don’t work out as planned, it is always better to draw the line early and try something new or get back into employment.” 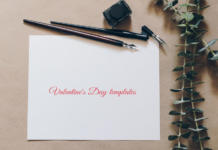 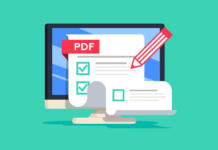 Making a PDF form in just a few steps 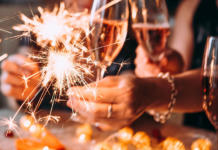